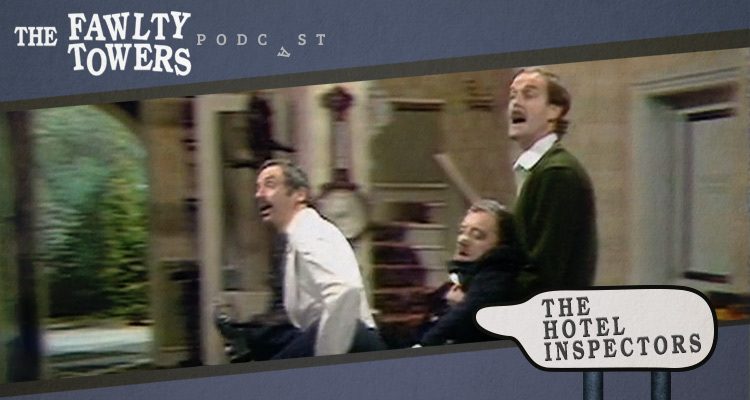 The Hotel Inspectors was the fourth episode of Fawlty Towers and sees Basil pushed to the limit by a demanding guest who just might be here to assess the premises. In this podcast Gerry and Iain suspect one another of not being the spoons salesmen they claim to be.

The Hotel Inspectors was released in 1975. It is 29 minutes long and originally aired on BBC 2. The show can be viewed on Netflix in the UK and Ireland and is available on DVD around the world.