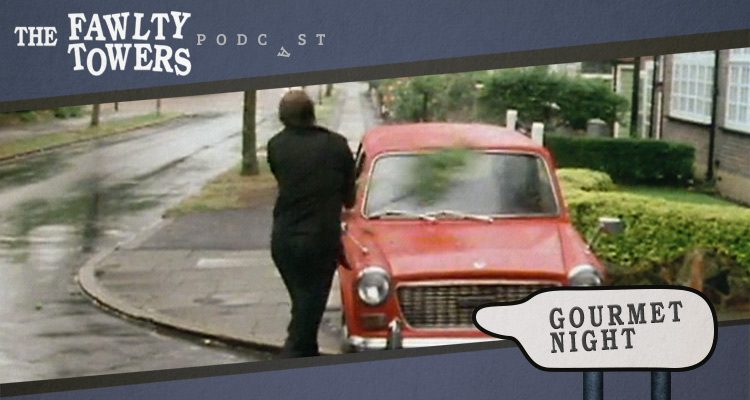 Gourmet Night was the fifth episode of Fawlty Towers and tests Basil and Sybil’s capacity for improvisation as their new chef struggles to handle Manuel’s rejection. In this podcast Gerry and Iain beat their microphones with branches.

Gourmet Night was released in 1975. It is 29 minutes long and originally aired on BBC 2. The show can be viewed on Netflix in the UK and Ireland and is available on DVD around the world.