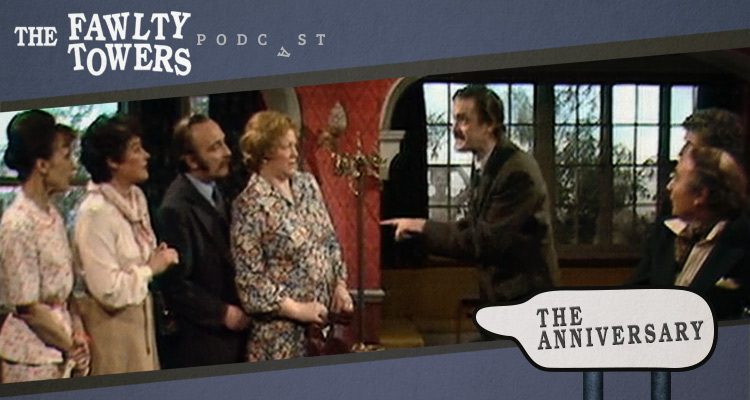 The Anniversary was the penultimate episode of Fawlty Towers‘ second season and featured Polly dressed as Sybil trying to persuade Sybil’s friends that Sybil wasn’t out. In this podcast Gerry and Iain share a choc ice.

Guests in this episode included the inspired Ken Campbell as Roger (a late replacement for the strike-inconvenienced Julian Holloway); Una Stubbs as Alice; Denyse Alexander as Kitty and Pat Keen as Virginia.

The Anniversary was released in 1979. It is 29 minutes long and originally aired on BBC 2. The show can be viewed on Netflix in the UK and Ireland and is available on DVD around the world.

One thought to “The Anniversary – Episode 11”