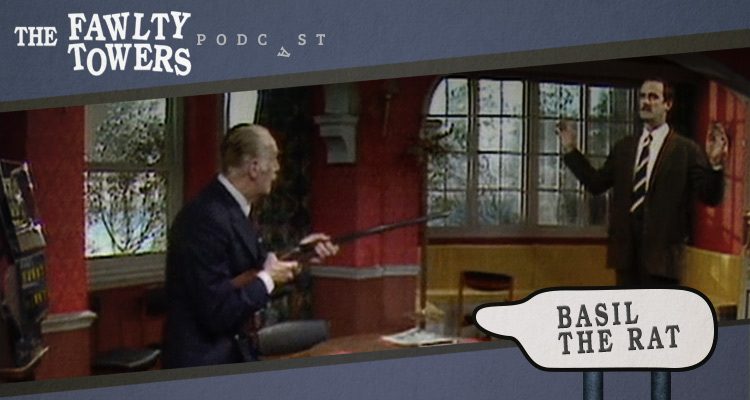 Basil the Rat was the final episode of Fawlty Towers‘ second season and featured an extended escapade as Manuel’s pet rat roams the hotel in the middle of a hygiene inspection. In this podcast Gerry and Iain leave the studio door open so they can get some exercise.

Basil the Rat was released in 1979, albeit some time after The Anniversary. It is 34 minutes long and originally aired on BBC 2. The show can be viewed on Netflix in the UK and Ireland and is available on DVD around the world.