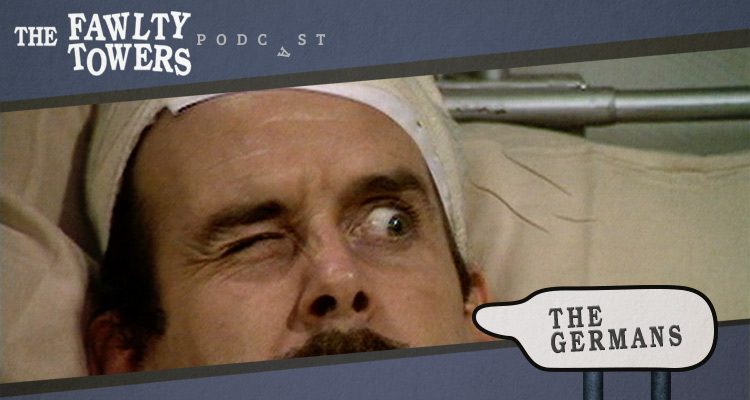 The Germans was the final episode of Fawlty Towers‘ first season and sees both Basil and Sybil hospitalised before a group of European visitors arrive at the hotel. In this podcast Gerry and Iain exchange pleasantries with various taxidermied animals.

The Germans was released in 1975. It is 31 minutes long and originally aired on BBC 2. The show can be viewed on Netflix in the UK and Ireland and is available on DVD around the world.