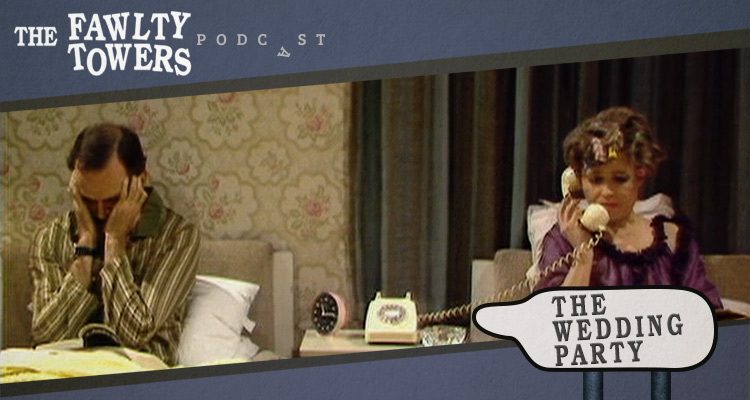 The Wedding Party was the third episode of Fawlty Towers and sees Basil’s moral code put to the test as two couples – and Polly – start to spend a lot of time in each other’s company. In this podcast Gerry and Iain have decided to record in separate studios.

This episode featured a few memorable guest appearances including Yvonne Gilan as Mrs. Peignoir; Conrad Phillips and Diana King as Mr & Mrs Lloyd; and Trevor Adams and April Walker as Alan and Jean, the initial subjects of Basil’s ire.

The Wedding Party was released in 1975. It is 33 minutes long and originally aired on BBC 2. The show can be viewed on Netflix in the UK and Ireland and is available on DVD around the world.