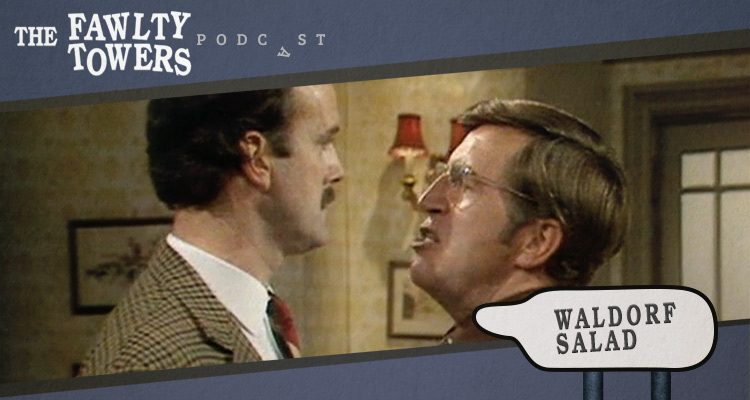 Waldorf Salad was the third episode of Fawlty Towers‘ second season and highlights Basil’s dedicated efforts to improve transatlantic relations. In this show Gerry and Iain take £20 to keep the podcast running for an extra hour.

Guests in this episode included Bruce Boa and Claire Nielson as the Hamiltons; Norman Bird and Stella Tanner as the Arrads; Terence Conoley and June Ellis as the Johnstons; and Anthony Dawes as Mr Libson.

Waldorf Salad was released in 1979. It is 32 minutes long and originally aired on BBC 2. The show can be viewed on Netflix in the UK and Ireland and is available on DVD around the world.